Hey everyone! Tonight's post is so fun. I am a member of Foodbuzz, an online forum for anyone interested in food...you should check it out...over there to the right >>
Through Foodbuzz, I was offered a great opportunity to recieve some products from Asian Food Grocer - an online store with a wide array of asian food products. The catch...was to come up with recipes that included AFG products. I checked out their website and thought it was clean and easy to use. I also noticed what great deals they offered- Most items were cheaper than what I would pay at the grocery store (if I could even find those products at a regular store). I placed my order, and was amazed that I received it just 48 hours later! I was pleased to find how well packaged the items were. The packages were clean and undamaged. I could barely wait to get cooking.
So I had a beautiful tuna steak and some romaine lettuce. We have all had a Chinese chicken salad but have you had a Sesame Tuna Caesar Salad? Well, I set out to make one and paired it with some fresh sushi. Although I used a pretty traditional Caesar recipe, instead of anchovies i used oyster sauce. I substituted Parmesan with wasabi peas and the croutons with fried won ton. My husband's 85 year old grandma lives with us, and this particular menu wasn't quite up her alley, so I conjured up Panko crusted chicken tenders with a ginger peach dipping sauce for her. To finish up the meal, I made these delightful little Pear won tons with cinnamon caramel. All of the ingredients that I received from AFG were easy to use and delicious, you just have to try these recipes to find out.
I have one confession, however, I didn't use the Pokey or candy in any of my recipes. I just ordered them so I could munch on them while blogging about my fantastic dinner! If you haven't had Pocky before you need to check out AFG and order some...it's so yummy! 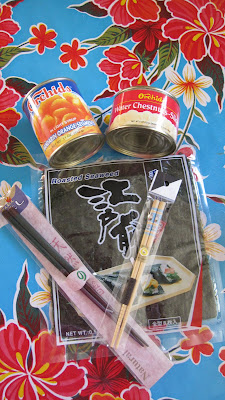 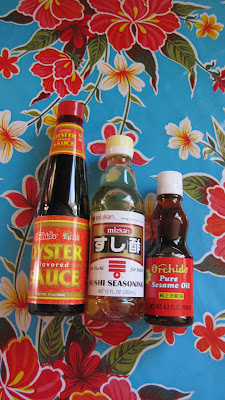 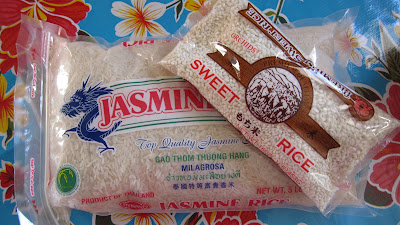 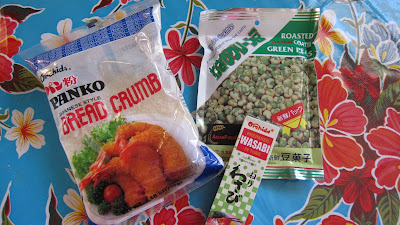 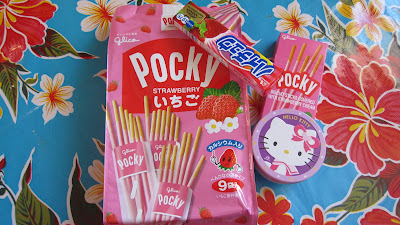 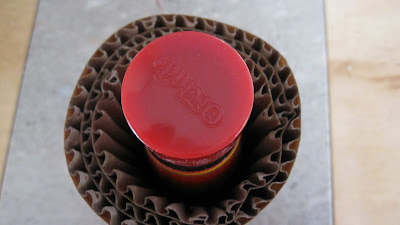 Each bottle was wrapped carefully 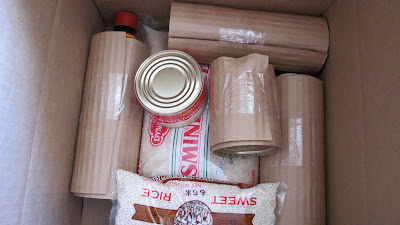 Look at how well packed the items came. 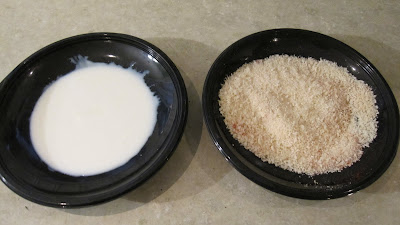 Dip the chicken tenders in buttermilk and then dredge in the Panko mixture. 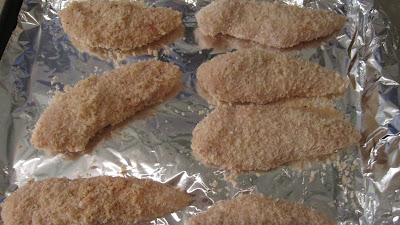 Place the chicken on a foil lined baking sheet and bake for 2o minutes in a 350 degree oven. Serve with sauce of your choice. I combined 1 cup home made peach jam with 2 teaspoons ginger to make my dipping sauce.

WARNING.....I DO NOT REALLY KNOW HOW TO MAKE SUSHI!! 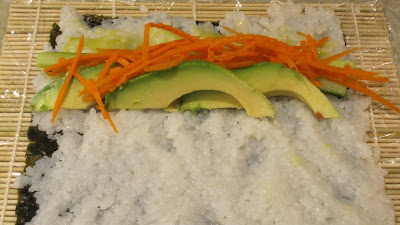 So I made the sushi rice (Premium Brand)according to the instructions. I julienned some carrots and cucumber and sliced some avocado. I placed a sheet of nori on my bamboo mat and pressed the cooled sushi rice onto. Next I arranged the vegetables on it and spread a small amount of Orchids brand wasabi paste on it and rolled .... I wrapped the roll in plastic wrap, I find it easier to slice the roll with the plastic wrap on it, and then remove it before serving. 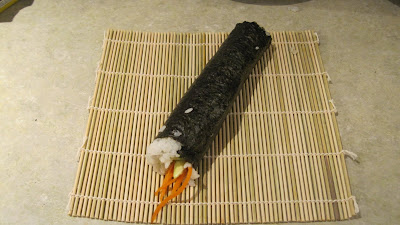 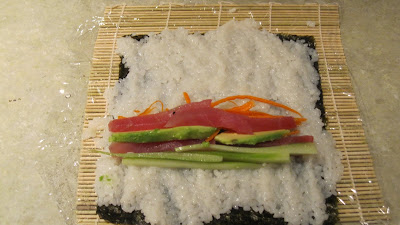 I also made some rolls with tuna in them as well. 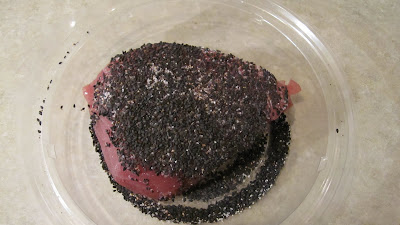 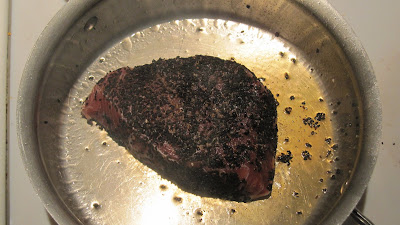 Combine Parmesan, lemon juice, garlic and Worcestershire in a blender. Slowly emulsify the oils in. Blend until smooth. Season to taste with salt and pepper.
Fry the won ton wraps in hot oil, until they puff and turn golden brown. Drain on a paper towel.
Toss the Romaine lettuce in the dressing and arrange on the plate. Slice the tuna and lay over the top. Sprinkle with the wasabi peas, and place the fried won tons on top.

Heat the oil in a heavy saucepan. In a skillet, combine the butter and sugar and melt together. Add the raisins and pears and sauté for just a minute or two. Add the vanilla and five spice. Cool completely. Fill the wraps with the cooled mixture and fry for three minutes. Drain on a paper towel for a moment and the toss in the remaining cinnamon, five spice and sugar.
In a heavy saucepan, combine sugar and water. Cook over medium-high heat until sugar dissolves and begins to become amber colored. Carefully add the cream and cook stirring until a caramel sauce forms. Add the cinnamon and serve.

So this is what it looked like when I was finished:
SESAME TUNA CAESAR SALAD WITH SUSHI 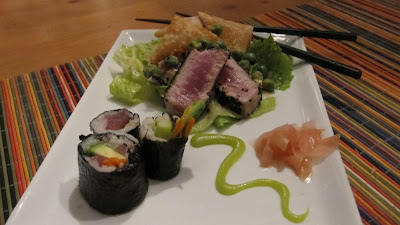 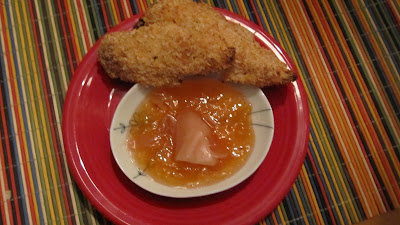 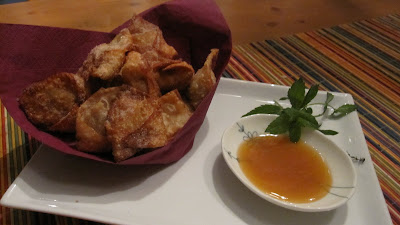